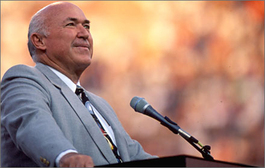 "I will never forget the day some hippies walked into Calvary Chapel, announced that they were musicians, and asked if they could share their music at a Monday night Bible study for youth.  Since we had so many in those days who were coming and sharing their music, we would usually audition them before allowing them to share.

And so they went out to their van,  got their guitars, and came in and played a demo number for me- the song entitled, "Welcome Back."  It was so beautiful, I began to weep.  I asked them what they called their group, and they answered, "Love Song."  When they played that night, their music had the same dynamic effect in the crowd of young people that it had on me.  For man years God used them in a vital way in the great revival the press called "The Jesus Movement."  ~ Pastor Chuck Smith, Calvary Chapel.
God had begun a work.  His spirit moved among the youth of this country and thousands were called to repentance and to a life of ministry.  God did a new thing- he created a new song these new believers could embrace and use to share the love of God with their peers  'Love Song' was one of the very first Christian rock bands He anointed to carry His message forth with great power.  Thousands were reached directly through their ministry and came to know The Lord.

And they only recorded two studio records. 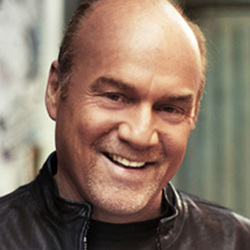 "LOVE SONG:  The band that changed music for me and for everybody else. too.  I remember it like it was yesterday.  I was a newly-minted believer in Jesus Christ, and had found my way to Calvary Chapel.

I have always been a diehard music fan.  Like so many of my generation, I immersed myself in the melodies and philosophies of the I admired like Bob Dylan, Jimi Hendrix, The Doors, Buffalo Springfield, and of course, The Beatles.

But now, as a follower of Jesus, I expected that I would have to give up my worldly music and just read the Bible and pray.  I was prepared to sing ancient hymns with droning melodies, if that's what it took to get close to God.

I'm so glad that God had other plans.  I was sitting in church one night when a band was introduced that called themselves, "Love Song."  They walked out to the stage with their long hair- armed with a couple of acoustic guitars, a mandolin, and bongo drums-  I did not know what to expect.  The they began to sing... "Welcome Back," "Two Hands," "Feel The Love," "Think About What Jesus Said."

I had never heard anything quite like this before.  The complex melodies, the beautiful guitar chords, and the soaring vocals of Chuck Girard, Tommy Coomes, Fred Field, and Jay Truax were- to put it in the vernacular of the 1960's- mind-blowing.  But what made it special is that the Lord seemed to be in it.

Love Song changed music.  They were the unwitting pioneers of a while new genre of music, later to be called CCM.

But what they were was good.  Really good.  In my opinion, these songs stand the test of time, just like all good music does.  But more than that, I hope it will take you where it originally took me- right into the presence of God."  ~ Greg Laurie, Senior Paster- Harvest Ministries

"30 years after the group split, there are still occasions when the band will get back together to play concerts. Girard observes, "None of us ever closed the door to this wineskin, and there have been opportunities over the years to reunite. There was a great confusion in the early '70s when many hippie types equated the lifestyle and values of the hippie lifestyle with true Christianity. Christianity is not about a culture, but about a relationship with Jesus, which is played out in many cultural settings. Many hippie types left the Church when they saw cultural change and a diminishing of hippie values. Today, they are wary and unhappy with the current Church and won't attend a service. But they will go to a concert. To me, this is the main value of a Love Song or any other reunion concert of a defunct group, and I'm always open to the opportunity."
READ THE ENTIRE 'CHUCK REMEMBERS' INTERVIEW HERE.

This photo album consists of scans from the 80 page booklet that accompanies the boxed set, "Love Song- The Book Of Love."