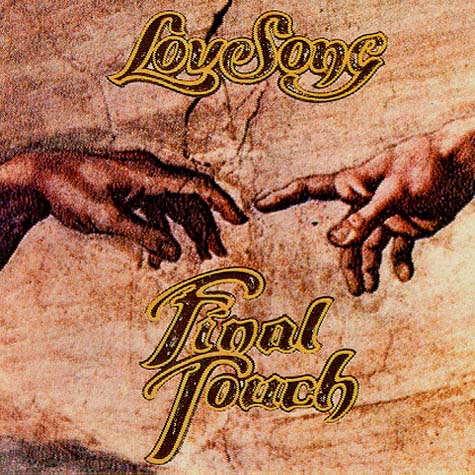 Following up an album as iconic and classic as the first ”Love Song” album is always a daunting task. Several songs that were available when the first album was recorded did not make the cut, but not because they were inferior in any way.  They just did not fit the “concept” theme of the first album, and were left “on the shelf” until they could finally be recorded.

Several things had come into play in the thinking of the group by the time recording of the second album was due to begin. The most significant was that the group had decided to disband, and it was determined that this would be the last studio album. It was also decided that this album would not be a concept album or have any particular theme other than the obvious Christian content. This opened up the song selection considerably, and allowed for the recording of the remaining songs that had not been included on the first album, as well as adding a few newer songs. Another significant fact was that the original drummer John Mehler had returned to the group, and it would not be necessary to hire a drummer, as had been  the case with the first album.

It was also decided that this album would be open to more production, which would include strings, horns and other added instrumentation, as well as the decision to use fade-outs on some songs. By and large this album would be more of a “studio-sounding” album, and thereby opened up fresh creative possibilities.

By this time, Freddie Piro, owner of the band’s label, Good News Records, had completed construction of a state-of-the art studio built on the property of Freddie’s mother , located at Lankershim and Tuxford Streets in North Hollywood, California. The facility was named after Freddie’s mom, thus “Mama Jo’s Studio” was now in existence. The boys had actually participated in the construction, hammering nails and hanging sheet rock, among other chores. This personal investment made it even sweeter to be recording in the new facility.   This album would be the first to be recorded at the new facility, and in-house engineer, Billy Taylor was enlisted to engineer the album. Mama Jo’s staff engineer Charlie Dreyer became second engineer for the project.

Recording in the new studio relieved some budget pressures which were in  play on the first album, and provided a bit more of a relaxed attitude and setting for the recording of this album. Chuck Girard remembers that the project seemed to take a long time to record, and there were some problems with final mixes that required a number of re-mixes. Jimmy Haskell, a very famous arranger of the era, wrote the string charts.

The title “Final Touch” was suggested by Chuck Girard. The title seemed to embody the feeling of the group toward this project. Only their second album, it would be their last offering as a group. The late Rick Griffin, an artist of the time who was very well known for his posters for such bands as The Grateful Dead, and his design for the logo of Rolling Stone magazine, had become a Christian.  Jay Truax suggested commissioning Rick to design the cover. Rick told the band that he had wanted to use the famous picture of the hand of God touching the hand of Adam from the painting “The Creation of Adam” by Michelangelo for a long time in a project, but had never found the right vehicle.  “Final Touch” seemed to be the ideal place to employ this iconic image. Rick tweaked the Love Song logo from the first album a bit to apply his unique style, and the cover came together.

Eventually the album was finished, and was released in 1974 . This album did not sell as well as the first one, but by this time, music fans had many more choices than were available when the first album came out. Things were changing very quickly on the emerging music scene of the time, and “Jesus Music” had graduated to the more sophisticated appellations of “Contemporary Christian Music”, or “Christian Rock” With many more titles available to the consumer, the sales of “Final Touch” did not reach the then record-breaking numbers that the first album did, but still sold respectably.