"WHY SHOULD THE DEVIL HAVE ALL THE GOOD MUSIC?" Excerpts from the book by Paul Baker

In the earliest days of Jesus music, there were scattered albums of folk or rock music which had been recorded by specific groups on their own labels. The greatest problem for these musicians was getting their own albums publicized and distributed nationally as well as locally. Otherwise, thousands of the artists' records were doomed to their garages and bedrooms.

More than anyone else, Bob Cotterell enabled these musicians to minister through their records. Bob was a Californian who in 1966 formed Creative Sound, a record production company and distributor which was responsible for disseminating most of Jesus music's earliest albums. Creative Sound's 1972 catalog listed a wide array of Christian folk music and Jesus rock: The Everlastin' Living Jesus Music Concert and The Children of the Day's Come to the Waters, Maranatha's first two recordings; Jesus Power, one of Jesus music's first sampler albums; Truth of Truths, a rock opera based on Bible stories; The Armageddon Experience, Campus Crusade's con- temporary troubadours; Jesus People, a live Jesus music concert; Soul Session at His Place, recorded live at Arthur Blessitt's Sunset Strip club; Street Level, Larry Norman's first album; Born Twice, Randy Stonehill's debut; Songs from the Savior from Paul Clark; Agape, by the first hard-rock Christian group; and scores of other recordings. Without Bob's vision, many of the earliest Jesus-music recordings would have never left California. One of the musical groups on the first Maranatha album was Love Song. Their music had been a bit more raucous in days past, but by the time of The Everlastin'’ 'Living Jesus Music Concert, it had already become some of the most popular Christian music to be written in the 1970s. 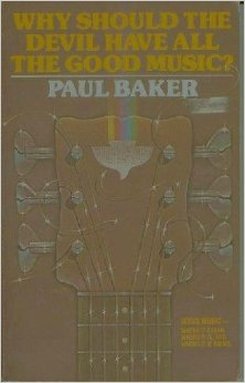 Love Song's members had met each other through their participation in various other music groups. Jay Truax recalls meeting Chuck Girard for the first time while Jay was working in Salt Lake City as part of the rock group Spirit of Creation. "When I first met him in 1967," Jay recounts, "Chuck had just come from Los Angeles. He'd had a couple of hit records before, like 'Little Honda' with the Hondells, and 'Sacred' and 'So This Is Love' with the Castells. "He'd been singing and playing music for a long time, and I was just playing in night club situations. I had no direction to my music. I was just kinda earning money. We were both wanting a change--a fresh direction in our lives. Some sort of goal." Jay and Chuck started off together. Not much later a friend of Jay's in Las Vegas had stopped playing music and had gone into full- time study of the Bible. Jay and Chuck responded to the friend's suggestion to "get into the Bible." They left just about everything behind, including old friends.

Jay recalls how people looking for answers and wanting to experience God's love began "accumulating" at their house in Pasadena. "This is where Love Song came about," added Jay. "It was basically to share God's love. We went into bars and everything. We had some songs about Jesus and about other things. We were radical, man. We'd get kicked out of bars, and no one could even relate to us at that point."

For the next three years they went through all kinds of changes. Chuck read in Luke 18:18-25 the story of the rich man who was told to sell everything he had in order to follow Jesus. Jay and Chuck followed suit, sold everything, and went to Hawaii--the place where they "would never grow old." Their studies of Eastern philosophies became more intense.  "It started out Jesus and the Bible," they recollected, "and our minds took over from there. We never really learned how to walk in the Spirit. We tried to reach up to God instead of having him reach down to us."

Chuck recalls his stay in Hawaii. "I went to the out-island of Kauai and lived in tents, or anywhere else I could find. I became a sort of holy man.' I sat on a rock for five or six weeks, and gradually I began to feel a sense of doing nothing for anybody." Chuck returned to the States, and while in Las Vegas he was arrested for possession of LSD. Meanwhile, news had filtered to him about the events and people at Calgary Chapel in California. Chuck finally decided to visit the Chapel. "When I came in that night, it was in the little sanctuary, before they had the big tent. It was a very cozy and warm atmosphere, and the people were all singing praises to God. It was a real feeling of love. I was twenty-six or twenty-seven by this time, and I wasn't too much into the emotional carryings-on, but I could perceive emotions of a true nature. I was mentally and emotionally affected. The whole thing just hit me. I really could feel a genuineness in those people. I felt they really did know God. All the other people I'd talked to were always talking about a God that they had to attain, instead of the more personal concept of having him right now.

"I'd heard about Lonnie Frisbee," continues Chuck. "He was the hippie preacher there, and I was a little disappointed when Chuck Smith came out to preach that night. Chuck was an older man, but I decided to hear him out. He came out with this big grin and the whole thing was barraging me with images. What is this guy's trip! He doesn't’t look like the usual guy--the sober thing happening, with a robe and everything! This was more like a mel- lowed, relaxed atmosphere.  "He just started rapping. It was different. It wasn't like reading a portion from the Bible and then saying a bunch of words. It was like he was sharing someone he knew--Jesus Christ. He wasn't’t telling me about a God I'd someday find; he was telling me about his personal Friend. He laid all the gospel down."

Girard's walls crumbled. He didn’t make a decision for Jesus that night, but it wasn't long before he yielded; likewise, jay Truax, Tom Coomes, and Fred Field. The enthusiasm of these four new- born Christians was hardly containable. As Chuck recalls, almost immediately they composed several songs expressing their faith. "We didn’t have all the right doctrine, but Pastor Chuck and Lonnie liked the songs, and pending a few changes in the lyrics, they invited Love Song to perform at the Chapel. All the gunk went away, and we revamped the lyrics to make them minister."

Love Song's increase in popularity was meteoric from then on. More and more requests for their concerts came into the offices at Calvary Chapel. Their songs, "Little Country Church," "Two Hands," "Front Seat, Back Seat," "Maranatha," and others were played and replayed. They drew more and more teenagers to a personal relationship with the Christ who had seemed so unattainable to even Chuck, Jay, Tom, and Fred such a short time before.

With the help of fellow-Christian Freddy Piro, Love Song again put their music on record. This time it was a more polished group than had been on Maranatha's first album. Love Song, the title of their first complete album, was the premiere release on the Good News label. The 1972 record smashed through all kinds of barriers which had been set up around contemporary Christian music. Love Song's soft-rock album began going places where no Jesus-music albums had ever been. In Wichita, Kansas, the album became one of the city's top sellers in the rock record stores. In the Philippines, the title cut, "Love Song," became the number one single for the nation--and most of the Filipinos didn't even know Love Song was a religious music group!

In 1973 a seemingly impossible feat was accomplished by Love Song. Four long-haired musicians whose roots were deeply imbedded in rock and roll had produced an album of Jesus music and had seen their recording become the top religious album of the year Love Song went on to record a second album, Final Touch, in 1974. The title was appropriate, for the group went on one last national tour and disbanded. The individual members went their own ways, although a few times several of them wound up partners in other music groups.