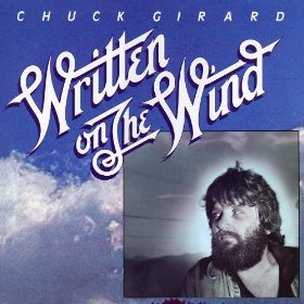 One night after a concert,  a little old man came up to me and handed me a piece of paper telling me to look at it later when things were less hectic. I forgot about it until I got back to the hotel.

I opened it up and on it were scribbled the lines, "I can almost see that city standing there beyond that hill, the city made for living in the Father's will."

He had not indicated his name,  phone number, or anything else by which I could reach him, nor whether he had written the lines or copied them down from some old hymn or such.  To this day I don't know.

Frankly, material given to me like this is rarely inspiring or usable,  but one day when I was playing piano at home, I remembered the paper and got it out.  It became the basis for this song and opened up the gate for the many images in the song.  I took many of the images directly from scripture, combining those images with some of my own, and came up with what I hoped would be a lyric that would have the feel of describing an actual vision.

On a separate note, a couple of years after recording the song, someone sent me a recording they did of the song with their church musicians, and in the chorus part- where my voices sing "la-la-la-la-la, etc.-  they had inserted some scripture that fit perfectly in the meter of the song.  It was a fabulous effect, and I regret that I didn't do something like that on my recording.

Chuck
HOME      BACK      NEXT      TAKE IT EASY
Copyright 2019 by Chuck Girard & Chuck Girard Ministries.  All Right Reserved.
Website and Content Creation by One Spark Marketing