What do you call a drummer with out a girlfriend?
A. Homeless.

Q: What do you call a guy who hangs out with musicians?
A: A drummer

What does it mean when the drummer is drooling from both sides of his mouth? ......The stage is level!

Why do people take an instant dislike to drummers?....... Saves time!
(Thanks Mike! Submitted by Mike Jungman, drummer for original CCM group "Agape")

A snake and a blind rabbit bump into each other in a field. The trusting bunny says to the snake, "I've been blind all my life, and I've never known what kind of animal I am. Would you feel me and tell me? So the snake feels the bunny's ears. He says, well, you have soft pointy ears, a soft round tail, you are warm and furry, I think you're a rabbit! The bunny squealed with delight. "Thank you, thank you, I'm forever grateful!". Then the snake said, "would you return the favor? I've also been blind all my life, and would like to know what kind of animal I am." So the bunny felt him. "You are cold-blooded, you are slimy, and you seem to have no ears... I think you're a record executive! 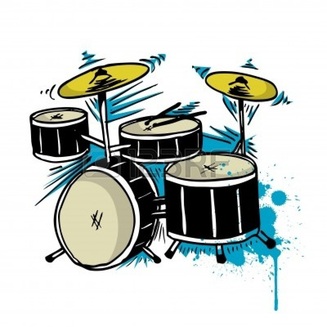 Q: How do you get a guitar player to turn down the volume?
A: Put a chart in front of him.

Kid comes to his mother and says "Mom, when I become a grownup...I want to be a musician! Mom replies,"Son, you can't be both!".

Q: How do you get a musician off the porch
A: Pay him for the pizza

We've already told our son, "You can be a drummer or a musician, but not both."

Q: What's the first thing a musician says at work?
A: "Would you like fries with that?"
HOME      BACK TO 'JOKES'      LIGHTBULB JOKES
Copyright 2019 by Chuck Girard & Chuck Girard Ministries.  All Right Reserved.
Website and Content Creation by One Spark Marketing