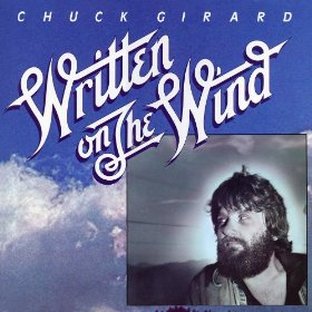 This song has inspired curiosity over the years that is paralleled only by the songs "Tinagera" and "Old Dan Cotton."

Did I know a person like "Plain Ol' Joe?"  The answer is no.

Like the two songs above, these are "story" songs that follow events in the lives of fictitious characters who represent real people on our lives.  I have always received it as a special compliment when people come and ask me if these songs were based on real people.  It says to me that I succeeded in creating characters who were vividly enough drawn to actually connect with listeners as people I or they may have known in our own lives.

Actually, this song and "Old Dan" came out of my appreciation for the late great storyteller in song, Harry Chapin.  I have always admired his work, and these songs were written as I would imagine he may have written them.

"Plain Ol Joe" presented quite a dilemma for me.   As with many of these wordy, longer songs; the story begins to emerge, and the challenge is to tell the story in a format which does not really allow for a lengthy narrative.

As the arc of the story began to emerge, I was soon groping for an ending.  It seemed to most naturally flow into the sad events of this lonely life ending in suicide, but obviously that ending seemed risky at best.  But to me the Bible is not all sweet and lovely, but reflects the failure and pain of life as well.

I actually brought this song to several pastors for counsel on whether or not the ending was appropriate for a "gospel" song.  I suggested alternate endings, like having Joe get saved and the events of his life ending up more positively.  But all counsel reinforced the idea that the power of the ending was in its tragedy, and the general consensus was that I should leave it alone, which I did.

I believe that the message of my work is clarified in it's overall context.  In other words, an individual song may have a more subtle lyric or more negative subject matter,  but when seen as a part of a whole album or as a part of a complete body of work, the message is clear.  So, I purposely followed this song on the album with the song "Harvest Time," which speaks of the fields being white to harvest, but the workers are few.  The combined impact of the two songs was to say that there are unlovely and unloved people out there that desperately need for us to share the gospel message with them.

I have received much feedback over the years that this song has ministered to people in many diverse ways.
HOME      BACK      NEXT      TAKE IT EASY
Copyright 2019 by Chuck Girard & Chuck Girard Ministries.  All Right Reserved.
Website and Content Creation by One Spark Marketing